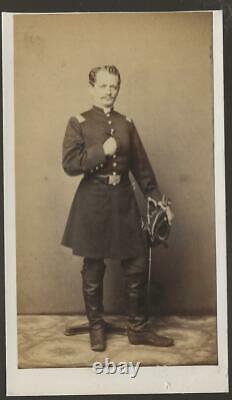 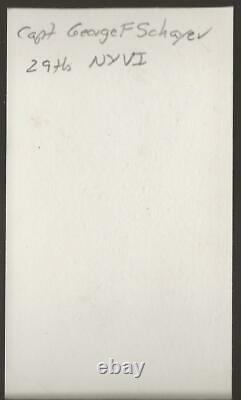 CDV of Captain George F Schayer 29th NYVI served 9/61-2/63 rising to Captain. Also served as a Captain in the 3rd Regiment VRC where he was breveted Lt Colonel, for gallant conduct at the battle of Cedar Mtn.

Th e following is taken from New York in the War of the Rebellion, 3rd ed. Betge received authority from the War Department, July 22, 1861, to recruit a regiment of infantry. The regiment was organized in New York City and there mustered in the service of the United States for three years, between August 1 and 20, 1861. The men were mostly recruited in New York City, a few in New Jersey, Maryland and Pennsylvania. It was recognized by the State and numerically designated August 19, 1861.