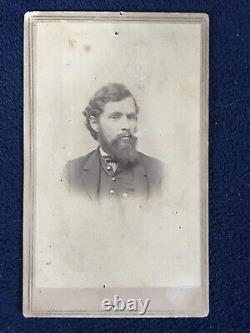 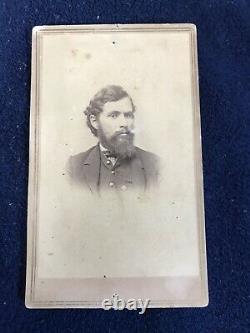 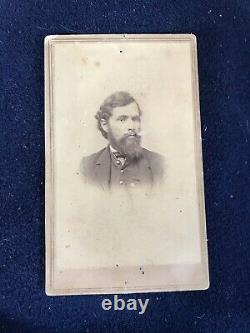 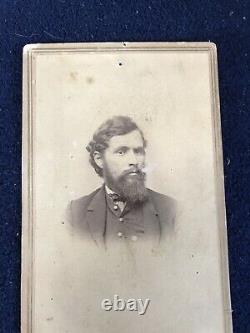 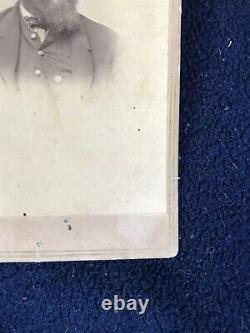 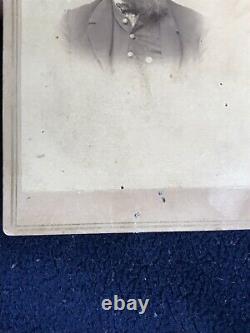 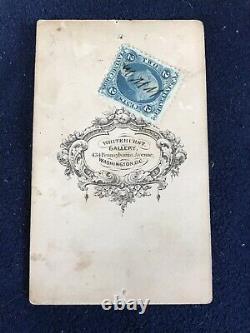 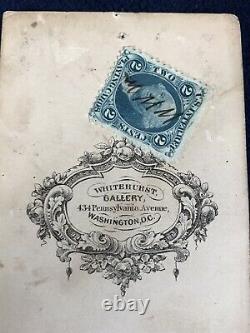 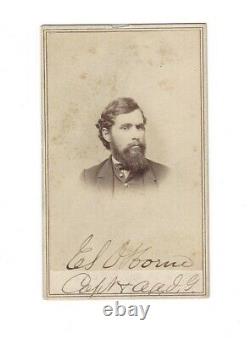 Up for sale is this great estate fresh right out of the attic CDV photograph. I had improperly attributed it to Col Roy Stone but with the generous help of a collector can now positively attribute this image to being Edwin S Orborne Captain and then Major of the 149th Pennsylvania Bucktail Regiment.

The last photo is a scan of a very similar CDV of Osborne that is identified that a collector gorgeously sent me to confirm this is indeed Osborne. Edwin can be seen in this photo with his military vest.

After the war Osborne went on to become a US Representative from PA. The CDV was taken by the Whitehurst Gallery of Washington D. C and is marked on the the back. The image is in fair condition showing some wear / discoloration / spotting and age and a few pin holes.

He attended the public schools and the University of Northern Pennsylvania. He graduated from the New York State and National Law School.

He was admitted to the bar and practiced law in Wilkes-Barre, Pennsylvania. He entered the Union Army. On August 30, 1862, as captain.

Of Company F, One Hundred and Forty-ninth Regiment, Pennsylvania Volunteer Infantry. He was promoted to major. Of that regiment on February 25, 1865, and served until honorably discharged on July 25, 1865. He was appointed by Governor John W.

He was not a candidate for renomination in 1890. He was a delegate to the 1888 Republican National Convention. He resumed the practice of law in Wilkes-Barre. In 1898 he moved to Washington, D. And lived in retirement until his death on January 1, 1900. Interment in Arlington National Cemetery. The 149th Pennsylvania Infantry, also known as the 2nd Bucktail Regiment , volunteered during the American Civil War. And served a 3-year term from August 1862 to June 1865. Like their forerunners in the 1st Bucktail Regiment. Each soldier wore a bucktail on his headwear as a trophy of marksmanship. During the first year of the Civil War, the 1st Bucktails distinguished themselves as skirmishers and sharpshooters, and Secretary of War Edwin M. Desired to raise an entire brigade of similar characteristics. Stanton enlisted Major Roy Stone.

Of the 1st Bucktails to this task, and Stone raised 20 companies of recruits by the end of August 1862. These 20 companies became the 149th and 150th Pennsylvania Infantry Regiments. The Regiment is most noted for its service and sacrifice on July 1, 1863, at the Battle of Gettysburg. One source reports 53 soldiers killed, 172 wounded, and 111 missing or captured out of 450 soldiers engaged for a total casualty rate of 74.7% at the epic Battle.

These are the charges you will pay. This is not something I can do anything about. The item "Civil War CDV Capt Edwin Osborne 149th Pennsylvania Bucktail Reg. Positive ID" is in sale since Monday, August 3, 2020.