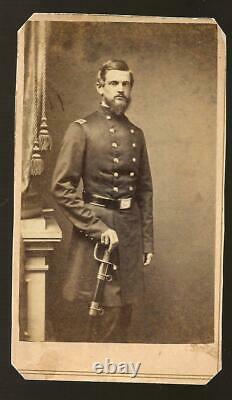 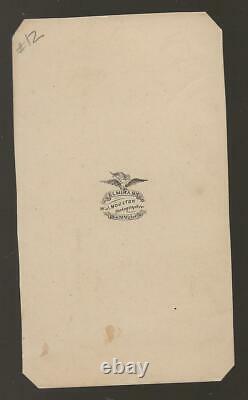 Carroll, and future Confederate Generals Fitzhugh Lee and Lundsford L. Lomax, he was posted to the 2nd United States Regular Artillery. He saw duty on the garrisons of the western frontier, and spent two years stationed at Fort Leavenworth during the "Bleeding Kansas" pro- and anti- slavery sectional strife of the late 1850s.

In the months prior to the outbreak of the Civil War, he was stationed at Fort Brown, Texas, as a regimental commissary of subsistance, with the rank of 1st Lieutenant. When Texas seceeded from the Union, Lieutenant Bailey's department commander, the southern born General David E. Twiggs, turned over all United States Army material and men to Confederate authorities. However, Lieutenant Bailey and his commanding officer, Captain George Stoneman, refused to surrender to the rebel captors, and escaped with the guns of their artillery battery through Mexico (General Twiggs would become a Confederate General; Captain Stoneman would later serve as a General in the Union cavalry).

Upon his arrival at Union lines, he was sent with the force that relived the strategically located Fort Pickens near Pensacola, Florida. Sent home after the operation due to illness, he was enjoined to organize the volunteer artillery batteries that would make up the 1st New York Volunteer Light Artillery. Commissioned Colonel of Volunteers and named commander of the unit in September 1861, he stablished it's headquarters in Elmira, New York, and oversaw it's recruitment and training. When the Army of the Potomac was formally organized under Major General George B. McCellan, Colonel Bailey was named Chief of Artillery for General Silas Casey's Third Division of the IV Corps. He led the Corps artillery through the May 1862 Peninsular Campaign, and his service culminated in the May 31, 1862 Battle of Fair Oaks (Seven Pines). There the division withstood a number of Confederate assaults before it was finally worn down and overrun. Seeing that the six artillery pieces of Battery A, 1st New York Light Artillery would not be able to be brought off safely, Colonel Bailey attempted to spike the guns to render them useless after capture when he was struck in the head by a bullet and killed. In his after action report, General Casey noted I cannot forbear mention of the severe misfortune suffered by the division and the service in the loss of Colonel G. Bailey, my chief of artillery. Colonel Bailey was an officer of thorough military education; of clear and accurate mind; cool, determined, and intrepid in the discharge of his duty, and promising with riper years to honor still more the profession to which he was devoted. The item "Civil War CDV Union Colonel Guilford D Bailey KIA Malvern Hill" is in sale since Tuesday, January 5, 2021.