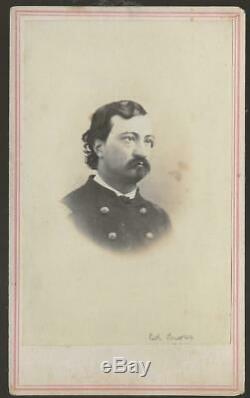 He was the brother of Col. Cross both of the 5th New Hampshire Infantry. D, 1st Dragoons, United States Army; b.

Cross, was another apprentice in the Coos County Democrat newspaper office. After serving his time he left Lancaster and entered the regular army.

He was a private in the engineer battalion, which formed an important part of the small force displayed at Washington to the first inauguration of President Lincoln in 1861. This duty performed, the command was sent to Fort Pickens. In the summer of the same year Cross came north and was commissioned lieutenant in his brothers Col. He rose through several grades to that of colonel, his muster under the latter grade being prevented only by the inadequate number of enlisted men. Colonel Cross, several years later, removed to Glencoe, Canada, where he married a daughter of the Hon. McDonald, a member of the provincial parliament, a gentleman heavily engaged in the construction of railways. Colonel Cross was, for a time, in business in that line with him, being engaged upon the Intercolonial Railway line below Quebec. He later became a so-called magnetic healer, and practiced that supposed art for a time.

He was United States guard of the treasury at Washington, D. C, where he died in the line of duty in September, 1894. He was interred in the old cemetery at Lancaster beside his brother with Masonic and Grand Army honors. Source: History of Lancaster, New Hampshire.

The item "Civil War CDV Union Colonel Richard E Cross 5th New Hampshire Volunteer Infy" is in sale since Wednesday, June 3, 2020. This item is in the category "Collectibles\Militaria\Civil War (1861-65)\Original Period Items\Photographs". The seller is "civil_war_photos" and is located in Midland, Michigan.