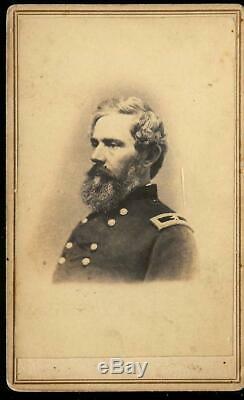 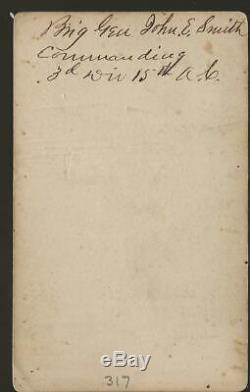 Smith was born in Bern, Switzerland in 1816. His father had served under Napoleon Bonaparte and emigrated with his family to Philadelphia, Pennsylvania after the emperor's downfall. [1] In Philadelphia, Smith was educated to be a jeweler and 20 years later settled in Galena, Illinois, where he practiced his jewelry trade. [2] Smith was one of nine residents of Galena who would eventually become generals fighting for the Union during the Civil War.

The other eight were: Augustus L. Rowley and John Corson Smith. When the Civil War began in 1861, Smith served as an aide de camp to Illinois Governor Richard Yates. On December 26, 1861 he was appointed colonel of the 45th Illinois Volunteer Infantry Regiment, with the rank backdated to July 23, 1861 to replace the previous Colonel who resigned his state Commission when the regiment entered Federal service. [3] He led his regiment at the battles of Fort Henry, Fort Donelson and Shiloh.

On November 29, 1862 he was promoted to brigadier general of U. [4] He briefly commanded a brigade before taking command of the 8th Division, XVI Corps. Grant began his final campaign against Vicksburg, Smith was placed in command of the 1st Brigade, 3rd Division, XVII Corps. He fought at the battles of Port Gibson, Raymond, Champion Hill and in the assaults on Vicksburg.

Sherman to aid in the relief of Chattanooga. During the battle of Missionary Ridge, Smith took part in the attacks against the Confederate right flank at Tunnel Hill. In December, 1863 Smith took command of the 3rd Division, XV Corps which he would command until the end of the war. [4] He saw action during the Atlanta Campaign, March to the Sea and the Carolinas Campaign. In 1866 General Smith was mustered out of the volunteer service, but chose to stay in the regular army. He was appointed colonel of the 27th U.

He is buried in Galena. The item "Civil War CDV Union General John E Smith" is in sale since Saturday, June 20, 2020. This item is in the category "Collectibles\Militaria\Civil War (1861-65)\Original Period Items\Photographs".