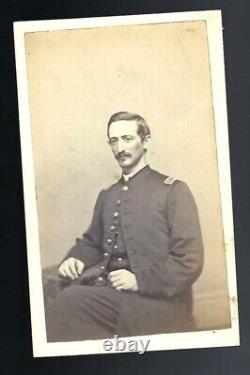 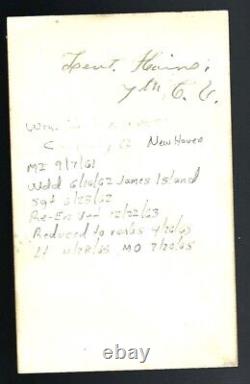 THE Seventh Regiment Connecticut Volunteers was organized. At New Haven in August, 1861, under the first call for three. Years men, and contained a large percentage of the lately. Drill, and discipline so ably seconded the zeal of the officers.

That the regiment was soon reported ready for active service. Terry of New Haven, late Colonel of the Second. Regiment, was commissioned Colonel, with Joseph R. Hartford, late Captain of "Rifle Company A, " of the First. Regiment, as Lieutenant-Colonel, and George F.

The regiment, one thousand and eighteen strong, was. Mustered into the United States service at New Haven, September. 17, 1861, and started next day for Washington, D.

Was brigaded with the Sixth Connecticut and Third and Seventh. New Hampshire regiments, under command of Brigadier-General. After three weeks of constant drill the regiment moved to.

October 8th, where drill was continued until. October 19th, when it embarked on steamer for Fortress Monroe. The rendezvous of the Sherman-Dupont expedition, then.

Preparing to sail under sealed orders. Leaving Fortress Monroe October 29th, and encountering a. Series of heavy gales which wrecked some vessels and scattered.

The fleet, the regiment arrived off Port Royal, S. At the bombardment of Port Royal and the capture of Forts. Walker and Beauregard on the 7th of November, the Seventh was. The first regiment ashore and into the rebel fortifications.

And its colors the first to float over the soil of South. Carolina since her secession; an historic fact noted by. Governor Buckingham in a congratulatory order which was read. Before every Connecticut regiment then in the field. After six weeks of very heavy work on the huge.

Fortifications projected at Hilton Head, the Seventh occupied. Tybee Island, at the mouth of the Savannah River, Ga. 19, 1861, and devoted the entire winter to the erection of. Masked batteries for the reduction of Fort Pulaski, situated on.

This was a most arduous task. Owing to the swampy nature of the soil and close proximity to. The fort, which compelled the men to work on the batteries only. By night, while the days were devoted to landing artillery and.

Ordnance stores two miles farther down the beach beyond the. Range of the rebel guns, and in drilling as heavy artillerists. For the bombardment when the batteries were finally completed.

The work of hauling timber for the batteries, a well as. Removing the immense guns and mortars more than two miles. Through deep, shifting sands, or deeper and apparently. Bottomless swamps, where the ponderous "sling-carts" crushed. The corduroy roads deep into the treacherous morass often. Needing the entire available force of the regiment to move a. Single gun, was a most formidable undertaking indeed, being. All done by night, as the batteries were built upon an open. Marsh, where there were neither trees nor bushes to conceal. Operations by day; but the work was completed early in April. The first 13-inch mortars used during the war were mounted. And manned by men of the Seventh, who were drilled by an.

Officer of the regular artillery in the intervals between. During the bombardment of Fort Pulaski, on the 10th and.

11th of April, 1862, the Seventh manned nine of the eleven. Batteries engaged, being under fire more than thirty hours. Rendering most efficient service, and was once more accorded.

The honor of being the first to enter and occupy the captured. Then followed many weeks of "fatigue duty, " the Yankee. Facility of adaptation soon transforming the late amateur. Artillerists into equally expert bricklayers, every available.

Man being employed in rebuilding the fort so lately battered. Down, or in dismounting and removing the heavy guns in the. May 19, 1862, Colonel Terry was promoted to Brigadier. General of volunteers, and Lieutenant-Colonel Hawley to the. June 1st the regiment left Fort Pulaski, and on the 6th.

The first step towards the. Frequent skirmishes and an incessant shelling of our lines. Followed this and subsequent advances, and on June 16th. Culminated in the battle of Secessionville or James Island.

The Seventh was one of the leading regiments to attack and last. To retreat, fighting stubbornly to the rear, losing eighty. Three officers and men (a large percentage killed), and.

Receiving the warmest praise from brigade and division. Holding their position in the face of a victorious. Enemy in superior numbers until July 20th, they then evacuated.

Dearly bought experience at the front. Offensive operations at various points in the Department.

Of the South kept the Seventh constantly employed, though with. Slight losses, until October 22, 1862, when they were engaged. In the battle of Pocotaligo, S. Frequent expeditions all along the coast from Charleston.

Divided the regiment for many. Months into small battalions, one of which, consisting of.

Wagner was made at night. The Seventh gained and carried one. Face of the fort, but the supporting regiments were unable to. Endure the heavy fire and fell back in disorder before reaching. The fort, leaving the little battalion entirely unsupported.

Holding their position more than an hour, nearly surrounded. Outnumbered five to one, their only field officer Lieutenant. Colonel Rodman dangerously wounded, and no re-enforcements.

Being sent to their aid, they had to retreat two miles down an. Open beach under an enfilading fire of artillery and infantry. Without cover or support, losing 104 out of 191 officers and. The general commanding announced The Seventh Connecticut. Has covered itself with glory. Strengthened by the arrival of Colonel Hawley with the. Remaining six companies from Florida, the Seventh took a.

Prominent part in the siege of Forts Wagner, Gregg, and Sumter. Details of officers and men for artillerists, having sole. Charge of the 300-pound rifled Parrott, the heaviest gun on the.

Pushing their trenches constantly forward under a very. Heavy and continuous fire, night and day, five distinct lines. Of earthworks were finally erected, though with heavy loss, the.

Fifth parallel being established within thirty yards of the. Face of Fort Wagner, and preparations were being made for. Carrying the fort by storm when the rebels evacuated the island. On the night of September 7th, leaving us in possession of. These were at once rebuilt (to face the other way) under.

The concentrated fire of ten heavy batteries, from which we. Heavy guns were mounted, which. Commanded the entire city of Charleston, as well as their whole. Line of batteries, effectually checking all offensive.

Demonstrations, and on the 16th of October, 1863, the Seventh. Constantly under fire for ninety-eight days. Encamping at once on St.

Six paddles on a side instead of oars, to insure noiseless. Gaining the required proficiency in this. Amphibious warfare after two weeks of constant drill in which. The veterans declared they were fast becoming "web-footed". The regiment was sent back to Folly Island under special.

Orders, and held in readiness for a night attack upon Fort. Sumter from October 30th till November 17th, when the project.

Helena Island, the regiment was relieved. From boat duty and resumed infantry drill. Their old Enfield rifles were exchanged for Spencer repeating.

Carbines, their sadly thinned ranks were again filled to the. Maximum by recruits from the North, and drilling was continued. With increased vigor to put the new material on a war basis. During December, 1863, three hundred and thirty-three. Original members of the regiment re-enlisted for three years.

Under the provisions of the "Veteran Act, " and on January 13. 1864, went North for a furlough of thirty days in the State. The remainder of the regiment soon went on an expedition into. Florida, and were engaged in the battle of Olustee, February.

During the inland march from Jacksonville the. Seventh was in the advance during the entire day, and on the. Skirmish line next day when the battle opened, was actively.

Engaged until its close, losing sixty-nine officers and men. Then covered the retreat, acting as rear-guard for eighteen. Miles, doing much by coolness and courage to retrieve the. On the second day's march, still.

In the rear, they pushed by hand along the railroad several. Abandoned cars loaded with valuable stores, which were brought. Encamping on the line of outposts at "Six-Mile Creek, ".

Where they were rejoined by the returning "veterans" early in. March, the next six weeks were spent in the most arduous and. April 13th they were ordered to Fortress Monroe, Va.

Thence to Gloucester Point, Va. To report to General Wistar. And on May 5th started up the James River under General. May 6th the regiment was assigned a position on the. Bermuda Hundred front, constantly reconnoitering and.

Skirmishing till the 10th, when it took part in the battle of. From the 10th till the 17th it was almost. Continually engaged at various points in the advance on. Richmond, losing two hundred and five men. June 5th the Seventh was in action on the Bermuda Hundred.

Front, losing ninety-four men, and again on the 17th, with a. Constant skirmishing and outpost duty, with frequent.

Casualties, gave the regiment no rest day or night, and on. August 13th it crossed to the north bank of the James River. Was in action at Deep Bottom on the 14th and 15th, and at Deep.

Run August 16th and 18th, with an aggregate loss of forty-five. On September 17th Colonel Hawley, who had commanded. Brigades for months, was promoted to Brigadier-General. Lieutenant-Colonel Rodman had been disabled early in May, and. Major Sanford was captured June 2d, so the Seventh was.

Virtually commanded by line officers during the greater part of. The "battle summer" of 1864. From September 29th to October 27th the Seventh. Participated in five engagements before Richmond, losing in all. Seventy-nine men from a small battalion of less than two.

November 2d the regiment joined a detachment sent to New. York to assist in quelling the draft riots, but none of the.

Remaining on transports until November 14th. And then returning to the Richmond front, this brilliant record. Of service in Virginia closed with two months of winter outpost. January 3, 1865, the Seventh, as a part of Abbott's. Brigade, accompanied General Alfred H. Fort Fisher expedition, leading the final and victorious. Charge of the brigade after the charge of the sailors and. Marines was repulsed with heavy loss. A series of minor engagements during the hotly contested. Advance upon Wilmington resulted in the capture of that city. February 22, 1865, and the enemy was being steadily pushed back. Towards Raleigh when the surrender of the Confederate army.

Under General Johnston virtually ended the war in North. The Seventh Regiment was mustered out of service at. July 20, 1865, returning by rail to City. Thence by steamer to New Haven, where it arrived.

Maine, Fourth New Hampshire, and Ninety-seventh Pennsylvania. See official Records War of Rebellion, Vol. This item is in the category "Collectibles\Militaria\Civil War (1861-65)\Original Period Items\Photographs". The seller is "civil_war_photos" and is located in this country: US. This item can be shipped worldwide.