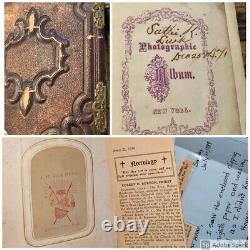 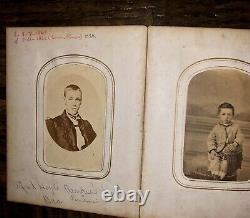 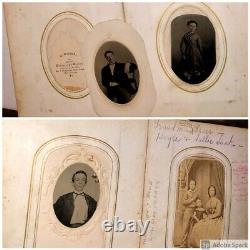 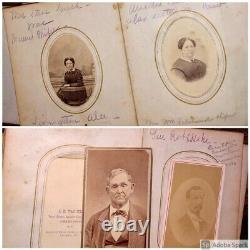 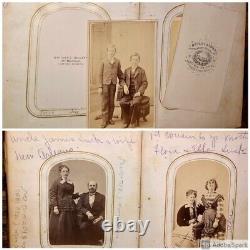 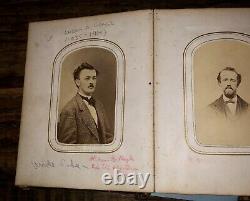 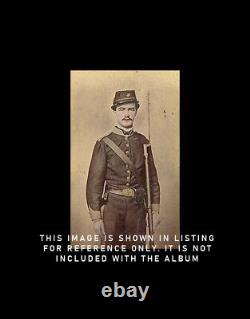 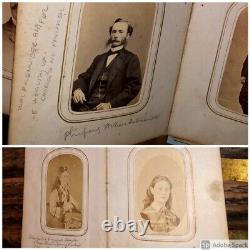 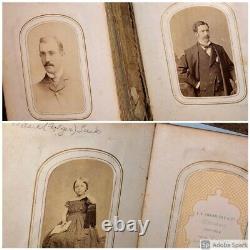 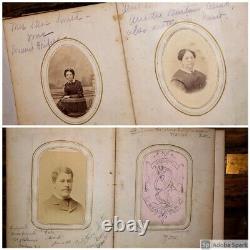 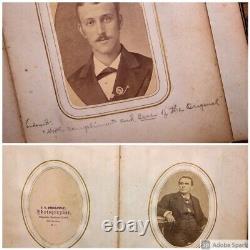 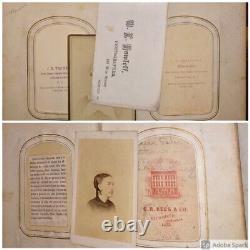 Photo album containing 34 total CDVs and tintypes, mostly 1860s with some 1870s. Photos include some identified people and Confederate veterans of the Civil War. Members of the Lusk and Hoyle families, of Louisiana and North Carolina, plus some friends and relatives.

Louis, MO, Ryder, Cleveland, Ohio, Sheldon, New Orleans, LA, Fredricks, New York City. The photos seem to be in very good or better antique condition as a whole. The album is in pretty bad condition, the spine is split in half, so the album is basically in two pieces. I didn't take a lot of pictures of it because I was only allowed 12 listing photos. This item is in the category "Collectibles\Photographic Images\Photograph Albums".

The seller is "jack_mord" and is located in this country: US. This item can be shipped to United States.