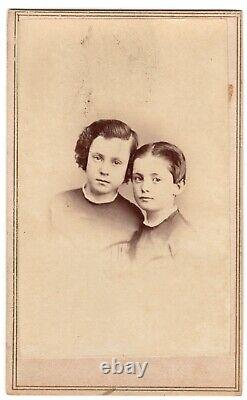 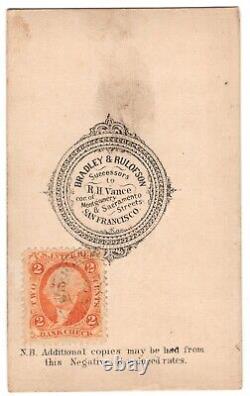 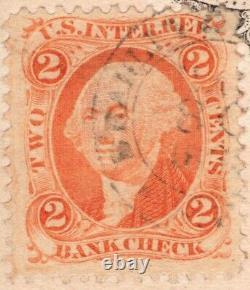 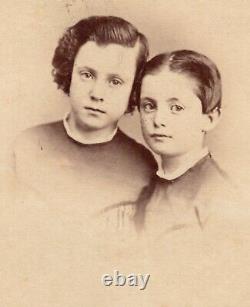 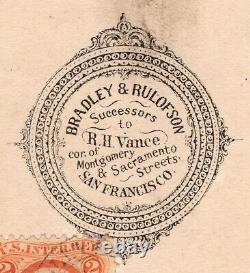 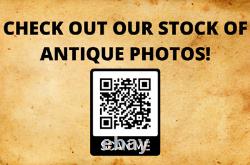 Size: 4 X 2.5. He opened a daguerreotype studio after arriving in San Francisco in 1850.

By 1854 he was also dealing in equipment and supplies. Bradley won a prize for his photographs at the 1856 California State Fair. Having learned photography, Rulofson established a studio in Fredericton, N. He left his wife and infant daughter and traveled to California in 1849, establishing himself as a daguerreotype photographer in Stockton by 1850, when he brought his family to California, eventually living in Sonora. He formed a partnership to operate a studio with John B.

In 1851 which lasted four years. Although his practice was financially successful, in 1863 Rulofson leased his gallery and moved to San Francisco to form a partnership with Bradley. Rulofson operated the portrait gallery while Bradley supplied the gallery from his photographic supply business and began publishing photographs. Their business reputation recovered and they exhibited at the photography exhibitions sponsored by the San Francisco Mechanics' Institute from 1864 through1974, winning prizes in 1864, 1865 and again in 1871.

There studios became known for luxurious furnishings and decorations and they promoted their business assiduously. Bradley & Rulofson scored a coup when they lured Muybridge from the Thomas Houseworth and Company publishing company and published the "Catalogue of Photographic Views Illustrating the Yosemite, Mammoth Trees, Geyser Springs and Other Remarkable and Interesting Scenery of the Far West by Muybridge" in 1873. Two years later they published Bradley & Rulofson's Catalogue of Celebrities. Rulofson's photographs won gold medals at exhibitions in Vienna (1873) and Philadelphia (1874) and at Philadelphia's 1876 Centennial International Exhibition. He had been elected president of the National Photographic Association in 1874. Financial disaster struck in 1877, however. Bradley had suffered significant losses during the 1871 Chicago fire, had assigned his interest in the partnership to his creditor John H.

Dall, and declared bankruptcy in 1877. Bradley closed his photography supply business and retired the next year. Dall and Rulofson operated the photographic studio for a year, but in 1878 Rulofson fell to his death while inspecting work being done on the roof of the gallery building.

Dall and Rulofson's estate kept the business going under the Bradley & Rulofson name with a staff of photographers, and then under Dall's sole ownership after 1883, but closed the studio in 1887. (TNB 4/2016) Selected bibliography: Haas, Robert Bartlett. "William Herman Rulofson: Pioneer Daguerreotypist and Photographic Educator, " in California Historical Society Quarterly, vol.

Palmquist, Peter, and Thomas R. Stanford: Stanford University Press, 2000. Time Period is a best guess. This item is in the category "Collectibles\Photographic Images\Photographs". The seller is "antiquephotostock" and is located in this country: US.