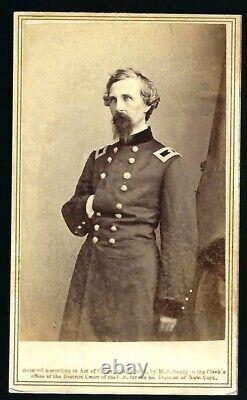 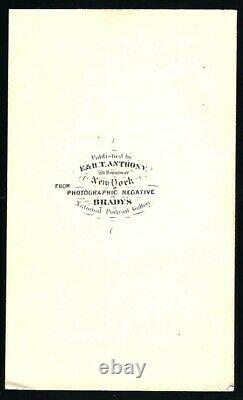 George Foster Shepley (January 1, 1819 - July 20, 1878) was an officer in the Union Army during the American Civil War, military governor of Louisiana and a United States Circuit Judge of the United States Circuit Courts for the First Circuit. Autograph of General George Foster Shepley from an autograph album he gave to his daughter Anne at Christmas, 1860 Private Collection of H. Born on January 1, 1819, in Saco, Maine, [1] Shepley attended Harvard University, received an Artium Baccalaureus degree in 1837 from Dartmouth College and read law in 1839. [1] He entered private practice in Bangor, Maine from 1839 to 1844. [1] He continued private practice in Portland, Maine from 1844 to 1861.

[1] He was a member of the Maine House of Representatives from 1866 to 1867. [1] He again resumed private practice in Portland from 1867 to 1869. Shepley was commissioned a Colonel of the 12th Maine Infantry on November 16, 1861. [2] He was assigned to the Department of the Gulf, commanding a brigade during the New Orleans campaign from April 18, 1862, to May 1, 1862. [2] He served as military governor of New Orleans, Louisiana from May 1862 to July 1862, and then served as military governor of the Union-occupied parishes of Louisiana until March 1864. [2] He was appointed Brigadier General of Volunteers on July 18, 1862. [2] He briefly headed a district in Virginia and then served as chief of staff of XXV Corps, in the Army of the James. [2] He then served as military governor of Richmond, Virginia from April 3, 1865, to July 1, 1865, when he resigned his military commission to return to private practice. Shepley was nominated by President Ulysses S. Grant on December 8, 1869, to the United States Circuit Courts for the First Circuit, to a new seat authorized by 16 Stat. [1] He was confirmed by the United States Senate on December 22, 1869, and received his commission the same day.

[1] His service terminated on July 20, 1878, due to his death in Portland. [1] He was interred at Evergreen Cemetery in Portland. [3] His tombstone has his birth date as January 1, 1819. List of American Civil War generals (Union). George Foster Shepley at the Biographical Directory of Federal Judges, a public domain publication of the Federal Judicial Center.