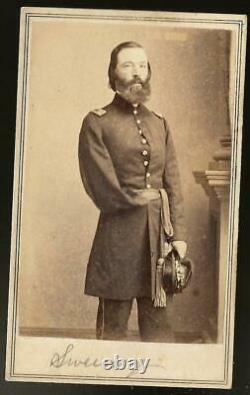 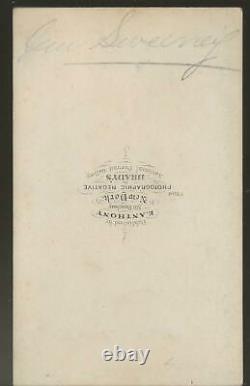 Thomas William Sweeny (December 25, 1820 April 10, 1892) was an Irish-American soldier who served in the MexicanAmerican War and then was a general in the Union Army during the American Civil War. Sweeny was born in Cork, Ireland, on Christmas Day, 1820. He immigrated to the United States in 1833. In 1846, he enlisted as a second lieutenant in the 2nd New York Volunteers, and fought under General Winfield Scott in Mexico. Sweeny was wounded in the groin at the Battle of Cerro Gordo, and his right arm was so badly injured at the Battle of Churubusco that it had to be amputated. For his heroics, his fellow servicemen nicknamed him "Fighting Tom". Despite this possibly career-ending injury, he continued serving with the 2nd US Infantry until the outbreak of the Civil War. Sweeny was active in the Yuma War (18501853), fighting in several engagements against native Americans.

At the outbreak of the Civil War, Sweeny was in command of the arsenal at St. In reply to efforts of Confederate sympathizers to induce him to surrender that important post, he declared that before he would do so, he would blow it up. As second in command, he participated in the capture of Camp Jackson in May 1861 and later assisted in organizing the Home Guards. He was chosen as the brigadier general of that organization. Sweeny commanded the Fifty-second Illinois at Fort Donelson.

At Shiloh, in command of a brigade, he successfully defended a gap in the Union line. He was wounded in the battle having received two shots in his only remaining arm and a shot in one of his legs.

[2] Sweeny kept the field until the close of the fight, exciting the admiration of the whole army. Hackleman was killed at Corinth. He commanded the Second Division of the Sixteenth Army Corps in the Atlanta campaign. At the Battle of Atlanta Sweeny's division intercepted John B.

Sweeny got into a fistfight with his corps commander, General Grenville M. Dodge, when Dodge broke protocol and personally directed one of Sweeny's brigades during the fight. Sweeny received a court-martial for these actions but was acquitted. He mustered out of the volunteers in August 1865, and was dismissed for going AWOL by the end of the year.

In 1866, he commanded the ill-fated Fenian invasion of Canada, after which he was arrested for breaking neutrality laws between the United States and Britain, but was soon released. He was reinstated with his former rank of major later that year, and retired from the Regular Army in May 1870 as a brigadier general. Sweeny retired to Astoria on Long Island. He died there on April 10, 1892, and is buried in Green-Wood Cemetery in Brooklyn. The item "Civil War CDV Union One Armed General Thomas Sweeney Fenian" is in sale since Monday, June 28, 2021.