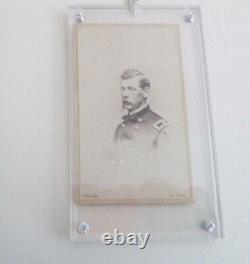 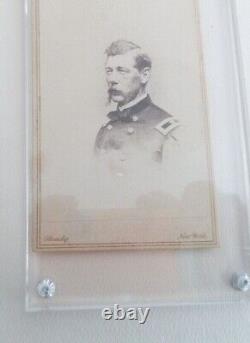 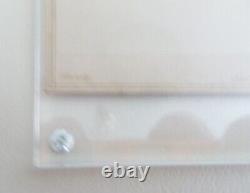 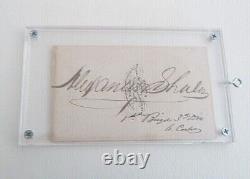 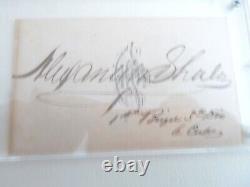 Here is just about the one of the most outstanding offering of images of General Alexander Shaler you are going to see. He was awarded the Medal of Honor for personal bravery at Marye's Heights during the Battle of Fredericksburg.

This stand that Shaler and command made at Marye's Heights was one of the few bright spots of this battle for the Union Army. General Shaler did it all during the Civil War while in service of the Union Army.

Offered here is a great wartime SIGNED cdv of General Shaler as a Brigadier General and he is showing some of the grind of the war in his face- it has a Brady Photographers back mark. It is signed on the back Alexander Shaler- 1st Brigade- 3rd Div. 6th Corps - very nice and strong signature.

This is an unbelievable offering of General Shaler pieces - the signed cdv is a one in a lifetime seen piece. This cdv is in excellent condition and a great addition to your Congressional Medal of Honor cdv collection, your Colt Presentation revolver to General Shaler or your presentation General Shaler sword. Any questions please ask and thanks for making it to the end of this description. This item is in the category "Collectibles\Militaria\Civil War (1861-65)\Original Period Items\Photographs". The seller is "siraccosunrise" and is located in this country: US.