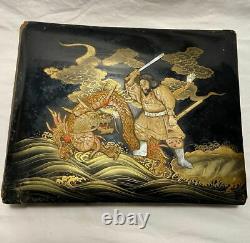 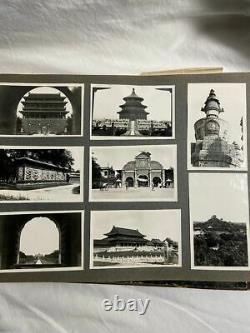 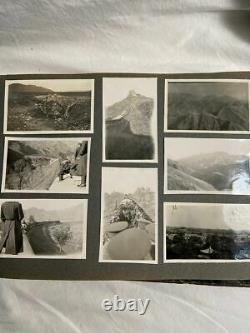 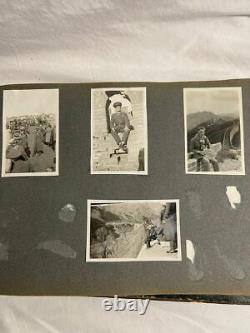 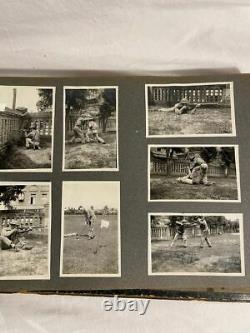 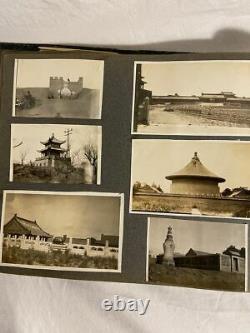 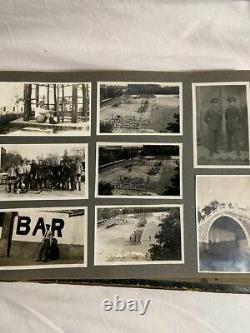 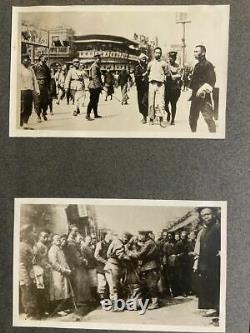 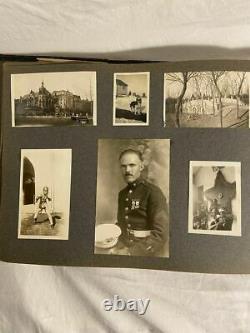 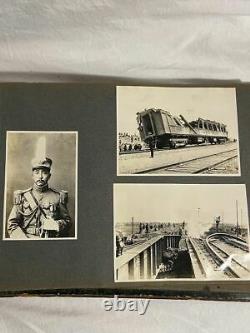 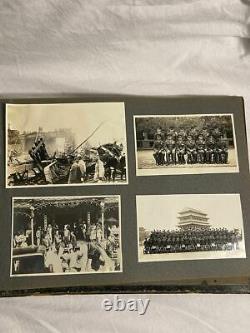 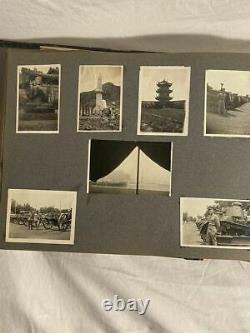 1920s US Marine photo album featuring images from the soldier's time spent in China at the start of the Chinese civil war between the Kuomintang and Chinese Communist Party. A fantastic collection of historical importance. Album is 14" long, 10 1/2" wide and 3 thick. This album chronicles one Marines service. He was one of only a couple hundred stationed in Beijing Legation Quarter (Dong Jiaomin Xiang) at this time. It was located next to the Tartar wall to the south, the Imperial city to the north, the Hata gate (Chongwenmen) to the east, and the Zhengyang gate to the west. After enlisting in 1925, he was stationed in Guam with the 41st until fall of 1926 when he was moved to Peking (Beijing), China in December of 1926. In Fall of 1927 he was transferred to the headquarters of the American Legation. At the outbreak of the Chinese civil war he was promoted and reassigned to the 6th regiment which was tasked with protecting American's living in china. He remained with the 6th until the unit was dissolved and his service was completed at the start of 1929. Photos are wide ranging with fantastic subject matter; training exercises in the Beijing Legation Quarter with the Forbidden city in the background, transportation including images of soldiers riding on the tops of trains, a train crash during the war, athletics, monuments, temples and places of worship, the great wall, political figures, civil unrest and graphic images, images from time spent in Guam, and recreation.

The album covers are early 20th century black lacquer. The front features a cow bone and mother of pearl scene of a warrior fighting a dragon. There are a couple hundred original photographs in this album taken by the Marine.

A few items contained within the collection are not real photos. The large full size colored images are not photographs, but rather souvenirs acquired in china depicting landmarks, and the naval ships in the back of the album appear to be postcards or other similar ephemera. Several photos are loose and have either come unattached form the album or were never glued to paper. The black lacquer book has wear, chips, and condition issues as shown. The covers and interior book of the album have become detached from one another. The photos have varying levels of damage or condition issues as shown. Please see photos for the actual condition of this album.

The item "1920s USMC Chinese Civil War Photo Album Beijing Legation Imperial City China" is in sale since Sunday, August 22, 2021. This item is in the category "Collectibles\Photographic Images\Vintage & Antique (Pre-1940)\Photo Albums". The seller is "rosecityestatesales" and is located in Portland, Oregon.