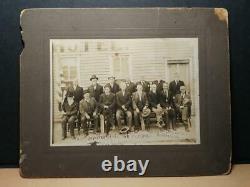 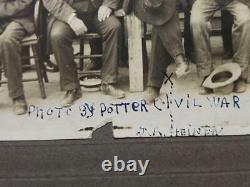 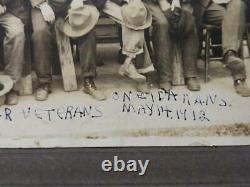 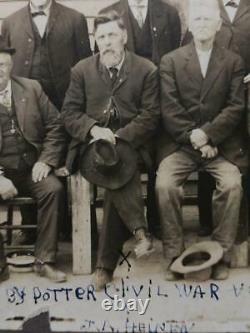 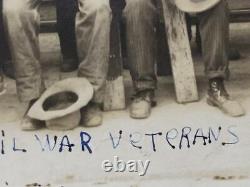 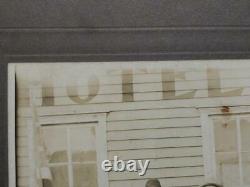 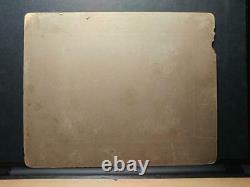 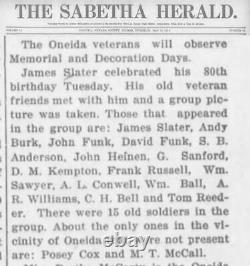 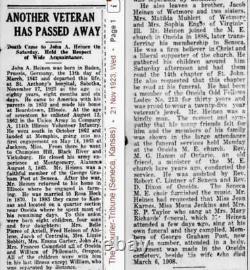 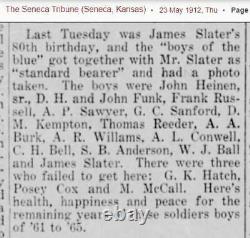 PLEASE SCROLL DOWN AND REVIEW ALL OF THE IMAGES BELOW This is an original photo of a Civil War reunion of veterans of Oneida Kansas. The actual occasion was the 80th birthday of veteran James Slater. The photo was taken on May 14, 1912 in front of a hotel in Oneida. The veterans were all local men and most likely all belonged to the same GAR Post. I was able to find newspaper accounts of the event with all 15 veterans identified (see images).

The names of the men present are. James Slater, Andy Burk, John Funk, David Funk, S. Kempton, Frank Russell, William (AP) Sawyer, A. Although the 15 men in the photo are named, I have not been able to determine all 15. I did find a few other photos online of some of the veterans as a comparison, but I think I can only ID one for sure and that is Andrew Burk.

Based on one of the articles, James Slater is described as the "standard bearer" so that certainly has to be him holding the flag at left front row. One of the veterans is positively id'd as John A.

The overall size of the matted frame is 10 x 8. It is in good condition with the expected wear around the borders. There is also a vertical crease in the photo, and a chip off at the bottom. Get Supersized Images & Free Image Hosting. Attention Sellers - Get Templates Image Hosting, Scheduling at Auctiva.

This item is in the category "Collectibles\Militaria\Civil War (1861-65)\Original Period Items\Photographs". The seller is "9left-traders" and is located in this country: US. This item can be shipped to United States.