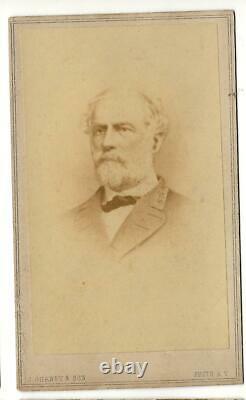 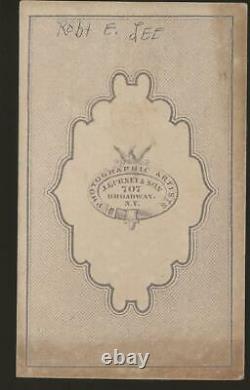 Robert Edward Lee (January 19, 1807 October 12, 1870) was an American Confederate general best known as a commander of the Confederate States Army during the American Civil War. He led the Army of Northern Virginia from 1862 until its surrender in 1865 and earned a reputation as a skilled tactician. A son of Revolutionary War officer Henry "Light-Horse Harry" Lee III, Lee was a top graduate of the United States Military Academy and an exceptional officer and military engineer in the United States Army for 32 years. During this time, he served throughout the United States, distinguished himself during the MexicanAmerican War, and served as Superintendent of the United States Military Academy.

He was also the husband of Mary Anna Custis Lee, adopted great-granddaughter of George Washington. When Virginia's 1861 Richmond Convention declared secession from the Union, Lee chose to follow his home state, despite his desire for the country to remain intact and an offer of a senior Union command. During the first year of the Civil War, he served in minor combat operations and as a senior military adviser to Confederate President Jefferson Davis. Lee took command of the Army of Northern Virginia in June 1862 during the Peninsula Campaign following the wounding of Joseph E.

He succeeded in driving the Union Army of the Potomac under George B. McClellan away from the Confederate capital of Richmond during the Seven Days Battles, although he was unable to destroy McClellan's army.

Lee then overcame Union forces under John Pope at the Second Battle of Bull Run in August. His invasion of Maryland that September ended with the inconclusive Battle of Antietam, after which he retreated to Virginia. Lee then won two decisive victories at Fredericksburg and Chancellorsville before launching a second invasion of the North in the summer of 1863, where he was decisively defeated at the Battle of Gettysburg by the Army of the Potomac under George Meade. He led his army in the minor and inconclusive Bristoe Campaign that fall before General Ulysses S.

Grant took command of Union armies in the spring of 1864. Grant engaged Lee's army in bloody but inconclusive battles at the Wilderness and Spotsylvania before the lengthy Siege of Petersburg, which was followed in April 1865 by the capture of Richmond and the destruction of most of Lee's army, which he finally surrendered to Grant at Appomattox Court House.

After the war, Lee was not arrested or punished (although he was indicted[1]), but he did lose the right to vote as well as some property. In 1865, Lee became president of Washington College (later Washington and Lee University) in Lexington, Virginia; in that position, he supported reconciliation between North and South.

Lee accepted "the extinction of slavery" provided for by the Thirteenth Amendment, but opposed racial equality for African Americans. After his death in 1870, Lee became a cultural icon in the South and is largely hailed as one of the Civil War's greatest generals. As commander of the Army of Northern Virginia, he fought most of his battles against armies of significantly larger size and managed to win many of them. Lee built up a collection of talented subordinates, most notably James Longstreet, Stonewall Jackson, and J. Stuart, who along with Lee were critical to the Confederacy's battlefield success. [2][3] In spite of his success, his two major strategic offensives into Union territory both ended in failure. Lee's aggressive and risky tactics, especially at Gettysburg, which resulted in high casualties at a time when the Confederacy had a shortage of manpower, have come under criticism. [4] Almost 110 years after the conclusion of the Civil War and his denial for amnesty by Secretary of State William Seward, Lee was officially pardoned by President Gerald Ford, and given a posthumous restoration of his full rights of citizenship. The item "Civil War CDV Confederate General Robert E Lee by Gurney" is in sale since Saturday, April 17, 2021.