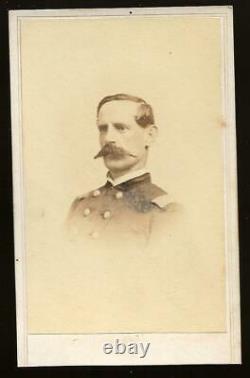 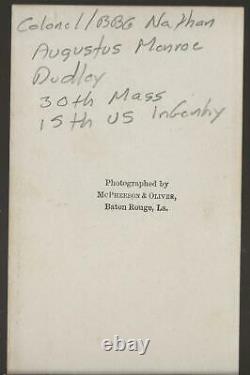 He led the 30th Massachusetts Volunteers and spent time as an aide to Nathaniel Prentice Banks, Major General of Volunteers and usually the commander of XIX Corp. At the beginning of the War he was serving as a regular army captain, commanding Company E of the 10th U. After the War he reverted to his regular rank and transferred to the Third U. He eventually was promoted to Lt. Colonel of the Ninth Cavalry and finally to Colonel of the First U. He spent much of his career on the Indian frontier, and did much good service which has been somewhat overshadowed by his part in the Lincoln County War. He was well liked by his men, often not so well liked by his fellow officers. He was convicted at two Courts-Martial of offenses that could have ended his career, and Colonel Hatch of the Ninth Cavalry tried to get Dudley retired as being unfit for service due to alcohol. Dudley, however, had friends in high places. He was the commanding officer of the local Fort Stanton. Despite orders not to interfere in civilian matters, he did, nominally to protect civilians, but in fact, he seems to have favored the Murphy-Dolan faction throughout. Attempts to have him removed as commander went all the way to the Secretary of War, but were refused. Susan McSween, the wife of one of the key participants, Alexander McSween, had charges filed in 1879 against Dudley. Dudley was removed by General Hatch as commander on March 7, 1879, and a court of inquiry into his actions was commissioned.

In July 1879, the inquiry ruled that a court martial against Dudley was not justified, and Dudley was transferred to Fort Union. In November 1879 Dudley was also found not guilty in his trial for an arson, a crime committed during the Battle of Lincoln. Susan McSween's husband, Alexander McSween, was shot and killed while unarmed, and in the presence of Col. Dudley, while McSween was fleeing the burning house.

Towards the end of his career, he assisted Colonel George Buell's expedition against the Apache chief Victorio, which indirectly led to Victorio's death at the hands of the Mexican army. In 1887, as a colonel of the 1st Cavalry, he suppressed the unrest on the Crow Nation reservation, during which the leader of a faction of the Crow, Sword Bearer, was killed. Promoted in 1904, during his retirement, to regular army brigadier general, Dudley died in 1910, and is buried in Arlington National Cemetery under an ornate tombstone of his own design. Dudley's grave in Arlington Cemetery. Chronology of Billy the Kid and the Lincoln County War. History of the First Cavalry. Buell's expedition against Victorio. 1825 births1910 deathsAmerican military personnelUnion Army officersBurials at Arlington National CemeteryADD CATEGORY. Community content is available under CC-BY-SA unless otherwise noted. This item is in the category "Collectibles\Militaria\Civil War (1861-65)\Original Period Items\Photographs". The seller is "civil_war_photos" and is located in this country: US. This item can be shipped worldwide.