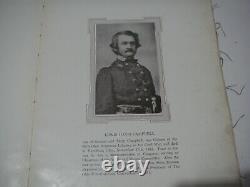 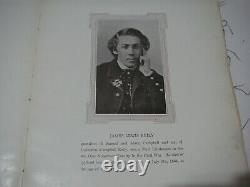 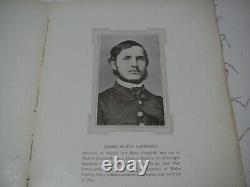 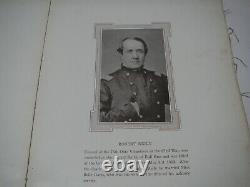 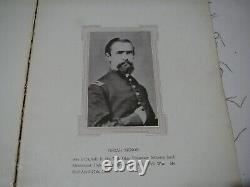 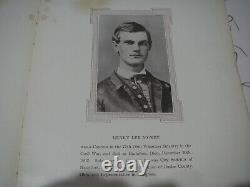 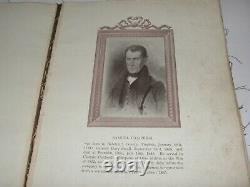 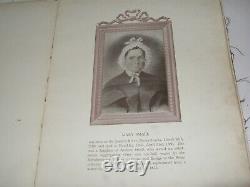 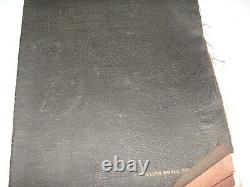 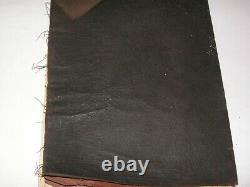 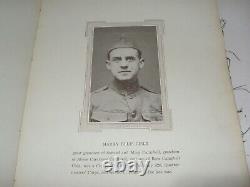 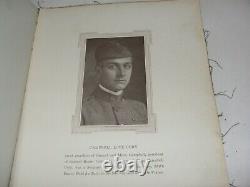 Rare military record by William Small Campbell of Samuel Campbell and his Descendants, including 6 photo entries of Union Civil War soldiers with authenticating descriptions and other period war descendants and information (please see enclosed photographs). This appears to be a journal/military record by William Campbell of Samuel Campbell born in 1781 and who served in the war of 1812 and all of his descendants that served in subsequent wars, six of which were in the Civil War.

It was published December 1919 and appears to be a compilation of various photos, probably CVDs, and a few early prints of watercolor miniatures painted around 1835. We have searched for other copies of this journal and we believe that this is the only one. Samuel Campbell: Born 1781 in Virginia, served in Captain Caldwell's Company of Ohio Militia in the War of 1812. Died in 1846 at Franklin, Ohio. Mary Small: Born 1786 in Pennsylvania she was the daughter of Andrew Small who served six enlistments in the Revolutionary War as a private and Ensign in the Pennsylvania Line.

Robert Reily: Colonel of the 75th Ohio Volunteers in the Civil War, was wounded at the Second Battle of Bull Run and was killed at the battle of Chancellorsville on Mar 3rd, 1863 (pictured). Oscar Minor: Was a Captain in the 75th Ohio Volunteer Infantry (and Lieutenant Colonel by brevet) in the Civil War. Henry Lee Morey: Was a Captain in the 75th Ohio Volunteer Infantry in the Civil War. He died at Hamilton, Ohio in 1902. There are other military pictures/descriptions in the journal as follows. Edwin Forrest Harding (Lieutenant Colonel, WWI); Justin Woodward Harding (Major, WWI); James Edwin Campbell Junior (Captain, WWI); Thomas Campbell Woodward (First Lieutenant, WWI); John Virgil Cory (Sergeant Major, WWI); Campbell Love Cory (Sergeant, WWI); William Small Campbell (First Sergeant, WWI); Aaron Roger Campbell (Private, WWI); along with the following pictures/descriptions of other descendants that served in WWI: Horace Chester Campbell; Harry Ellis Cisle; Donald Seward Cisle; Ewing Reginald Philbin; James Edwin Cambell Taylor. All together there are 31 pictures/descriptions in the journal. Front of the journal has in raised but barely readable letters: MILITARY RECORD OF SAMUEL CAMPBELL AND HIS DESCENDANTS and at the bottom in gold lettering WILLIAM SMALL CAMPBELL.

All of the pictures/descriptions are on a single side of paper with nothing else on the back. Condition is as follows: Leather bound front and back is worn and frayed; spine is detached from the pictures; two of the pictures have short tears; there is foxing with some tan stains through out the journal; there is overall wear through out the journal. This item is in the category "Collectibles\Militaria\Civil War (1861-65)\Original Period Items\Photographs". The seller is "discountiques" and is located in this country: US. This item can be shipped to United States.