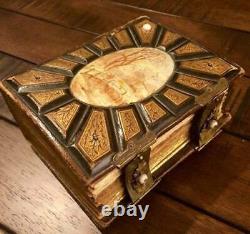 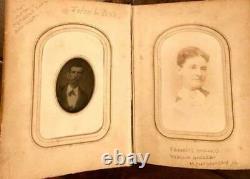 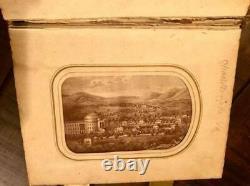 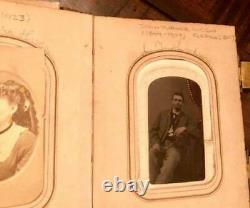 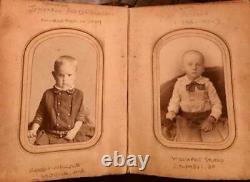 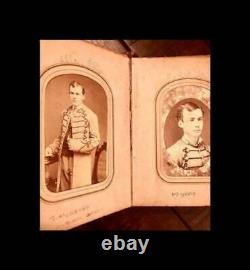 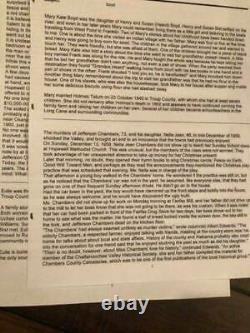 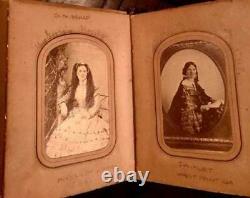 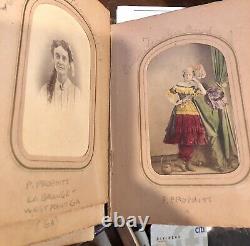 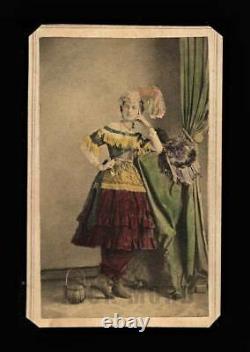 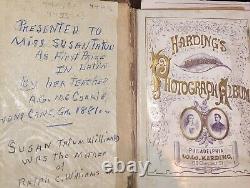 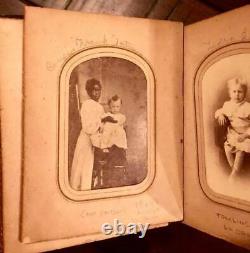 Exceptional album with 44 original photos, CDVs & tintypes, many identified members of the Tatum and Boyd family of Georgia. Most of the photos are from Georgia, Mississippi, or Alabama.. One ID'd man was photographed by J. Many of the photos have studio names written on the page beneath their photos.

Most or all of the people are identified and done some light research on them. There is a CDV of a little Tatum boy with his very young African American nanny or minder; a CDV of a little boy who, about 70 years later, was murdered along with his daughter. That whole story is on the printout, which is included. The boy in the album next to the murder victim, Ralph Williams, grew up to be assistant surgeon general and Admiral in the Navy.. He has a wikipedia page wiki/R.

And look good when viewed in the album, but I noticed some are a bit trimmed. I honestly cannot remember offhand which ones are trimmed, it's been months since I took these pics and I would have to take the album out and look.. But I would be happy to do so.

I do believe the little African American girl CDV is slightly trimmed, would be happy to verify. The item "Southern Album & 44 Photos Many ID's + Civil War CSA Vet Murder Slave" is in sale since Monday, May 17, 2021.