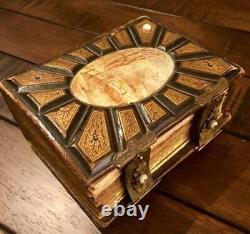 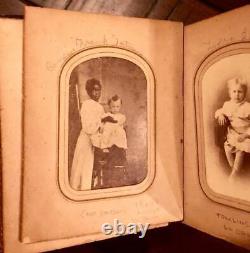 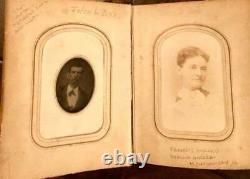 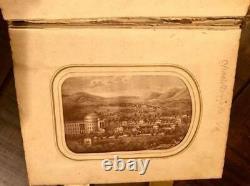 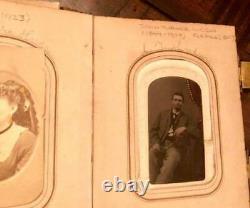 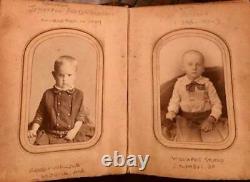 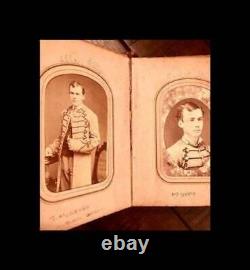 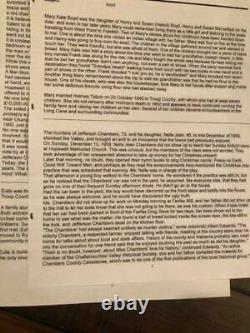 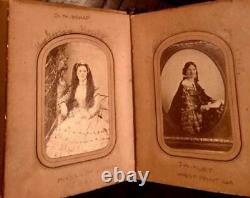 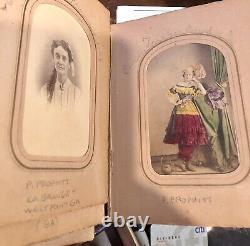 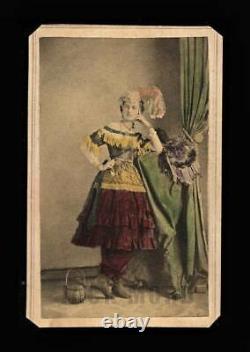 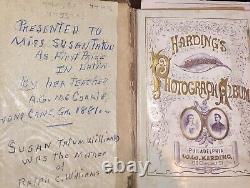 Exceptional album with 44 original photos, CDVs & tintypes, many identified members of the Tatum and Boyd family of Georgia. Most of the photos are from Georgia, Mississippi, or Alabama.. One ID'd man was photographed by J.

Many of the photos have studio names written on the page beneath their photos. Most or all of the people are identified and done some light research on them. There is a CDV of a little Tatum boy with his very young African American nanny or minder; a CDV of a little boy who, about 70 years later, was murdered along with his daughter. That whole story is on the printout, which is included. The boy in the album next to the murder victim, Ralph Williams, grew up to be assistant surgeon general and Admiral in the Navy.. He has a wikipedia page wiki/R. There are two ID'd men (in Civilian clothes) who served in the Confederate army during the Civil War. Also: military cadets, and a lady in a colorful costume ID'd as "Tucker" Boyd - there is only one of this CDV in the album! Susan Tatum Williams, Mary Boyd Tatum, John W. Boyd (Civil War captain, Ferrell's Battery), Fannie Boyd Williams, Jefferson Avery Chambers (murdered in 1959), Ralph Williams (Navy Admiral), Eulalah Belle Tatum Williams, Willie Miller Cook, Paul Jones, Mary Wittam Rogers, Louis Edmondson, Lora Edmondson, Frank Tatum (with young African American girl), Leora Edmondson, Georgia Mosely, Fannie Doolittle, Jennie Heard? Tucker Boyd (girl in tinted clothes), Mr. Ellis (cadet), Cadet Spinks, Dora Tatum, John Harman, P. John Williams (grandmother of Ralph Williams), Mrs, Doolittle, Jimmie Hudson, Marietta Tatum Hudson, Mollie Boyd, Dora Hudson, L. Hudson, John Boyd, Mack Sledge, Dollie Boyd, Loretta Chappell, Susie & Laura Boyd, Laura Robins, Sid Tatum, Ralph Williams. The album has condition issues.. Several pages are falling out, but it appears to be complete with all of its pages, both clasps.

The photos are overall very good.. And look good when viewed in the album, but I noticed some are a bit trimmed. I honestly cannot remember offhand which ones are trimmed, it's been months since I took these pics and I would have to take the album out and look.. But I would be happy to do so.

I do believe the little African American girl CDV is slightly trimmed, would be happy to verify. This item is in the category "Collectibles\Photographic Images\Photographs". The seller is "jack_mord" and is located in this country: US.